In 2008, along with fellow photographer Neil Calbrade, I embarked on a project to photograph a number of the world's wild and feral horse herds. 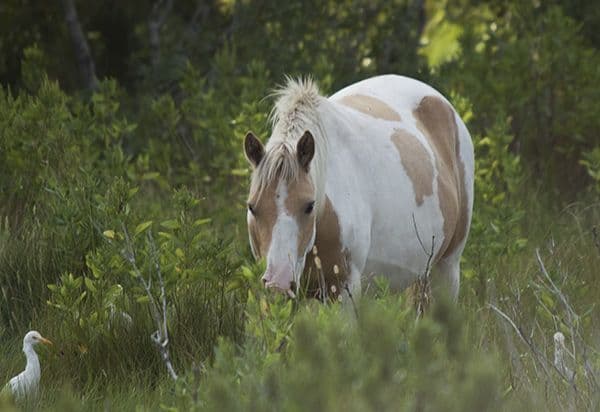 Fuelled initially by the stories of wild ponies on the remote island of Assateague off the East Coast of America, written by Marguarite Henry in the 1950s, we set off initially to discover, and photograph, the ponies of Assateague. Somehow we are still going, photographing at least one or two herds a year, all over the world. The stories and histories behind the herds is complex and their standing and conservation history often the cause of much debate. Eventually we hope to bring you a book about the project, but we can't seem to quite bring ourselves to stop, and in the meantime there is merchandise and an annual calendar, and I'm hoping to write some blog posts this year too.

Through every age of history man has been fascinated by the wild horse, and they have been depicted in numerous art forms over many centuries, from prehistoric cave paintings to modern art, cinema and music. Horses live free on all of the world’s continents, often in surprisingly hostile and difficult terrain. From deserts, forests, seashores and steppes, the individual races all have their own legends, histories and stories....

The aim of the Horse Stories project is to tell some of these stories through photography, to visit many of the wild herds in their home environments, and learn about them from the people who work to manage and preserve them. Many of the herds are not considered to be wild at all, but are described as feral horses, because at some point in their history they were actually introduced to the area by man, and later abandoned to roam free and reproduce. The only true wild horse is considered to be Przewalski’s Horse, once extinct in the wild but now returning to the wide steppes of its native Mongolia.

The issues in some countries are complex. Horses often compete with cattle and sheep for limited resources, so in some places there is pressure to reduce or even eradicate populations, while in others, such as Estonia, the fight is to actually preserve wild horses and put them back in their natural habitat. Across Europe, there are attempts to restore the  Konik to the original ranges of the now extinct Tarpan, and reintroduce horses to rewilding sites in an effort to recreate ancient grazed habitats. Yet across the hills in Britain there is a struggle to reduce most of our native pony populations, there are simply not enough homes for each new crop of foals, or grazing on the hills to support ever expanding populations. My research is uncovering some incredible folklore around the origin of some of the herds, The stories are often of epic proportions; at least two populations are claimed by local legend to be descendants of ponies which swam ashore after shipwrecks. More probably, as with wild Burros in the USA, these are populations which have grown from animals introduced for a particular purpose then turned loose when they were  no longer needed. However they got there, and whatever the local issues, it is always fascinating to interact with the herds and learn their stories, and I remain enthralled in  watching them roaming wild and free.